Ken Przybysz is a noted authority on politics, government, public policy and the legislative process.

​He has been active in politics in Connecticut for over thirty-five years, first serving as a delegate to the 1976 Democratic National Convention and town chairman before becoming a state legislator and now a lobbyist.

During his years of service he was responsible for the first major overhaul of nursing home reimbursement, deregulation of the hospital industry, enactment of small market insurance reforms, the proponent of significant behavioral health programs and other important legislation.

As a legislator Ken was recognized as a leader by many state and national organizations and was active with the National Conference of State Legislatures as a speaker on health and human services issues.  He worked with national foundations such as the Milbank Memorial Fund and the Robert Wood Johnson Foundation on the implementation of research to public policy and legislation.

One newspaper stated that “virtually every piece of social service legislation in the state bears his fingerprints” and the Hartford Courant reported “Przybysz is the Senate’s most influential voice on healthcare issues.”

After his years in the legislature Ken worked as a consultant to hospitals on Medicaid reimbursement for behavioral health coverage as Connecticut initiated managed care for state clients.  In 1996, he started a lobbying firm and has continued in this field.

With the success that he has shown clients, including many that have never previously had a lobbyist, the firm has increasingly grown to represent a variety of interests including energy, tourism, associations, hospitals, nursing homes and  other health and social service providers. 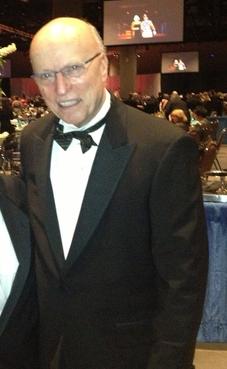